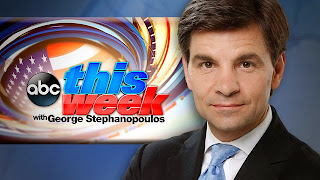 PPPS (Littleton)—A controversy has recently surfaced in the news business involving ABC News Anchor George Stephanopoulos's aggressive and belligerent interview of Peter Schweitzer, author of the new book Clinton Cash, and the failure by Sephanopoulos to report contributions totaling $75,000 to the Clinton Foundation prior to or during the interview.

While, as a unbiased news organization, PPPS does not opine on the content of the book Clinton Cash or on Mr. Stephenopoulos' journalistic integrity, we do acknowledge that, along with numerous other news organizations and media personalities, PPPS has also contributed to certain charitable organizations associated with the Clintons.

With that in mind, we, the staff at the Pundit Pete Press Service, make the following formal statement.

The Pundit Pete Press Service (PPPS) regrets any perception of bias or inappropriate influence which others might incorrectly associate with past (or present) PPPS contributions and/or payment of speaking fees which may have been made to the following charity organizations and funds:
If at any time, PPPS had suspected that Secretary Clinton, after resigning from government service in 2012, harbored even the slightest intention of once again running for president or any other public office, we would not have continued making contributions to any of the above-listed funds and organizations during the period of 2012 through 2014.

Furthermore, with Secretary Clinton's recent surprising announcement of her candidacy for president, PPPS has formally suspended any additional contributions and installments for 2015 (other than those already committed).

PPPS is also announcing disciplinary action  against two long-time PPPS employees, Progressive Pete and Pixel Pete, for professional behavior unbecoming of a journalist. Both employees have been formally reprimanded and suspended for two weeks with pay.

PPPS makes a formal acknowledgement of contributions totaling between $3,532 and $3,532,000 made to the above-listed charitable organizations (as required and reported in publicly available documents).

PPPS states categorically, that said contributions, and any associated benefits, such as (but not limited to) exclusive media access, news tips, personal interviews, plane rides, dinners, hotel accommodations, tickets to sporting events, jewelry, clothing, and miscellaneous unmentionables, had absolutely no influence whatsoever on the selection of or failure to report on any news stories, the content of those news stories, or any editorial commentary produced by the Pundit Pete Press Service in any electronic, print, graphical or video format.

Finally, it should be noted that Pundit Pete, CEO and Editor-In-Chief at PPPS, had no personal knowledge of any of the above-alluded-to financial contributions or employee actions, and therefore, should not be disqualified as a potential moderator for any of the upcoming 2016 presidential campaign debates.

Progressive Pete, without the knowledge of upper management, has been utilizing our Employee Matching Charity Contribution Program to assign regular bi-weekly deductions of $5 from his paycheck to the Clinton Foundation.

Pixel Pete, again without the knowledge of upper management, was apparently responsible for the design of this major Ready for Hillary 2016 campaign promotion.


An unrepentant Progressive Pete, when notified of his two-week suspension, said, "My only regret is I was unable to donate more, although, as a percentage of salary, I'm pretty sure I've outdone Stephanopoulos." 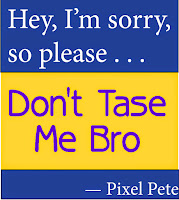 Pixel Pete, upon receiving notice of the disciplinary action, indicated his regret for having assisted the Ready for Hillary 2016 organization and recognized that it may have been inappropriate to mix personal politics with his work at PPPS. After issuing a formal apology in the form of this graphic message, Pete did note that "the Clinton group paid me more for that one campaign promotion than I get here in a whole year."

In totally unrelated news, benevolent billionaire Philanthropist Pete announced that he was making a $100 million contribution to the Bill, Hillary and Chelsea Clinton Foundation to help offset a recent precipitous drop in revenue.

PPPS has also learned that one of Philanthropist Pete's companies, Pete Industries, Inc. has agreed to match Pete's personal contribution with a corporate check for $100 million. A spokesperson for Pete Industries, a global resource extraction company with substantial market share in the mining, energy and timber sectors, indicated that the contribution was "in honor of our founder and CEO, and his special passion for saving the rain forest."

In the interest of full disclosure, we note that Philanthropist Pete is also a frequent financial contributor to PPPS and holds the majority ownership in our news organization.

George Stephanopoulos has forfeited all trust as a newsman - by Michael Goodwin, New York Post
By George: ABC's Clinton Defender-In-Chief by David Rutz, Washington Free Beacon
ABC's anchor much closer to Hillary's foundation than he told his viewers by Peter Schweizer, USA Today

Thoughts On The Recent UK Elections

PPPS (London)—We asked our UK correspondent Pompous Pete and others at PPPS to comment on last week's shocking election in the United Kingdom, in which Conservatives gained an outright majority in Parliament, against all predictions from pundits and progressive media organizations. 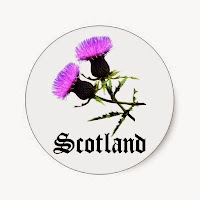 Oh what a Labour-ious thumping that was, led by the lads and lassies up the road in Scotland.

Will the Scots take the high road? Or will they say "bye just now" to Her Majesty's glorious United Kingdom?

Have we just seen the limits of #ProgressivePrivilege?

To our friends on the Left:

You might get away with bullying the Brits into silence, but you can't control their vote.—Privileged Pete

Maybe the gentle winds of rebellion are blowing across the pond. 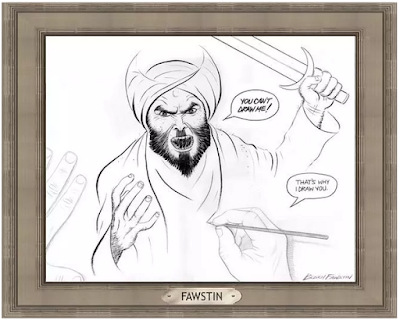 And our own contribution in defense of free speech: a bridge message.