Another Apology To Our Readers for Interruption in Service

PPPS (Littleton)—Once again, we must apologize to our loyal readers for the month-long interruption in news and opinions posted on this blog. 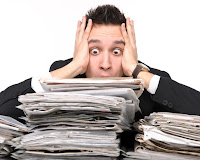 First of all, much Pundit Pete Press Service staff time has been devoted lately to the filling out of IRS forms connected with the 501(c)(4) application filed on behalf of our affiliated nonprofit educational organization, Pundits for Progress and for a 501(c)(3) application for Pundit Pete's favorite charitable group, Petes With a Purpose.

Also, a friend and loyal reader, Citizen Pete, asked our staff attorney, Pleader Pete, for some assistance in responding to certain IRS inquiries. Citizen Pete's group, the Bridge to Nowhere Tea Party, had filed for a 501(c)(4) designation over two years ago and were experiencing delays in processing, and an inordinate amount of paperwork.

More Paperwork and Some Unusual Requests

The most recent IRS information requests were quite extensive and included some puzzling questions, such as "Have you or any members ever watched Fox News?', or "Does your mother own a bible"?

Because some of the questions also involved documentation of any ties to the Pundit Pete Press Service, we thought it best if Pleader Pete and other staff get involved. There may be a story there, if we can get someone to write it.

In a totally unrelated problem, our chief investor and benefactor to the above-mentioned nonprofits, Philanthropist Pete, recently received audit notices from the IRS for both his personal tax returns and for profitable businesses. Because of the interrelationship between Pete's various business interests and charitable contributions, Philanthropist Pete has advised us that he is temporarily cutting all financial ties to PPPS and taking up residence on his yacht moored off Cayman Islands. 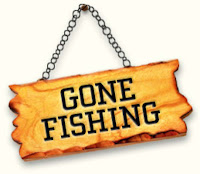 In a surprising coincidence, several key PPPS staff members, and our CEO, Pundit Pete, also received personal IRS audit notices within the last two months, and some of Pete's accounts have been frozen. This has caused a temporary interruption in staff paychecks and some staff furloughs.  As a result, our staff writers and support staff have been less than enthusiastic about coming to work and posting new content. 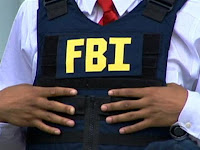 
In what appears to be another unrelated set of circumstances, our offices were recently visited by the ATF, the EPA, the DEA, ICE, the CIA, OSHA, AARP, NAACP, the State Department, and the FBI, in what each claimed were routine annual inspections. They removed two of our computers and a number of signs which we had stored in a back room.

Our staff have experienced unusual "airport delays" recently. Our chief Moscow correspondent, Pytor "the Great", has been camped at the Moscow airport for days, waiting for a story to break, and racking up fast food expenses on his credit card.

Two of our other reporters, Palestinian Pete and Protestor Pete, were sent to London to cover the G-8 meeting, but were denied entry at Heathrow Airport. They ended up missing the entire proceedings and never posted a story.

If that were not enough, our Chief White House Correspondent, Pollitical-Beat Pete, who was set to accompany the President and the First Family on Air Force One  for their vacation in Africa, was stripped of his press credentials and left on the tarmac. No reason was given, except for a short quip from a White House aid, "The President is cutting back on your lavish travel plans. You've been furloughed!"

Finally, one of our researchers, Conspiracy Theory Fact Checker, Paranoid Pete, uncovered evidence that our phones have been bugged and our computers hacked. Pete's concerns convinced several staff members not to post stories, or even to come into work, resulting in a great drop in production.

The apparent hacking of our phones and computers nearly shut down the office. But, in a stroke of good luck, a repairman, who had been parked for a few days at the end of our block in a van marked "NSA Mobile Unit ", knocked on our door and offered his help.  He immediately set about to find and fix the source of the intermittent clicking which had been plaguing our phone lines for the weeks. He then went on to install a new wi-fi router, which he said would prevent further computer hacking. He did all of this free of charge. He even offered us a free app for all of our staff cell phones which he said would "improve reception and signal location".

And then, just as this nice repairman was finishing up, we heard another knock at the office door.  Outside were two delivery men. One had a large box with our two computers. He apologized and said that in compensation for the inconvenience, that the FBI had installed some free upgrades. 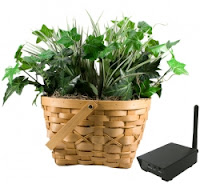 And the other man, wearing a hat with the IRS logo, produced a series of letters from the IRS approving the various 501(c)(3) and 501(c)(4) applications, cancelling Pundit Pete's audits and restoring all funds to his bank accounts.

But the most rewarding item, and the one that restores our faith in government, was a personal, hand-written note on IRS stationary, which came with a beautiful house plant and included this message:

As a dedicated employee of the IRS, I want to personally apologize for any inadvertent mistakes made by other, low-level IRS employees, and for poor customer service. Please accept this gift in appreciation of your patience. I'll be happy to answer any questions you may have in this matter.  —Lois Lerner

P.S. The plant would look great in the center of your conference room table. Just face the blue flowers in the direction of your new wi-fi router and don't over water.