PPPS(Washington, DC)—In an ironic twist only possible in DC, the hurried executive order signed last Monday to impose a hiring freeze on all federal employment, appears to have backfired on President Trump and is now preventing his appointment of any new Cabinet Secretaries, over 4,000 other high level appointments, and his upcoming selection of a Supreme Court Justice.

The hiring freeze was expanded to include presidential appointments in a controversial ruling by Judge Loretta Lynch of the D.C. Circuit Court issued early this morning. The ruling was in response to a midnight petition filed jointly by Senator Charles Schumer of New York and the Open Societies Foundations, an obscure DC Beltway think tank.

The ruling establishes that any hiring freeze instituted by the President in an Executive Order must apply equally to ALL federal government branches and appointments, not just to civil service employees, citing the Equal Protection Clause of the U.S. Constitution. Furthermore, in what some critics are saying is an overly broad interpretation of that Clause, Judge Lynch ruled that the same principle also applies to the President's power to remove appointees from office, essentially creating a simultaneous "firing freeze".

The practical result of this ruling, and the President's own executive order, is that no new Cabinet or lower level appointments not already approved by the Senate prior to last Monday, January 23rd, are likely to take office any time soon, and that all existing Cabinet and department heads, many of whom were appointed by President Obama, will remain in office, even those who may have turned in their resignations or have been fired since the executive order was issued.

Naturally, the mainstream press and other Democrats are celebrating the ruling this morning, and the conservative "fake news" organizations and pundits are outraged. No formal response has yet been issued by the Trump administration, in part due to confusion about who would be authorized to issue that response. As further evidence of the shocking setback to President Trumps accelerated pace of action, the President has yet to tweet on the matter.

Acting Attorney General Sally Yates represented the federal government in the midnight court hearing, and is purported to have provided a "friend of the court" brief on the firing freeze issue which was ultimately adopted in Judge Lynch's ruling.

Judge Loretta Lynch, formerly the U.S. Attorney General, is the newest member of the D.C. Circuit Court, having been appointed by President Obama in a secret recess appointment during the 30-second interval on January 3, 2017 between the gaveling out of the previous U.S. Senate session and the gaveling in of the current Senate session. Judge Lynch's appointment and swearing in took place in Air Force One while parked on the tarmac at Andrews Air Force Base, shortly after President Obama's return from a well-earned vacation in Hawaii.

Judge Lynch was apparently the only member of the D.C. Circuit Court on call last night to hear the midnight petition and make a ruling.
No comments: 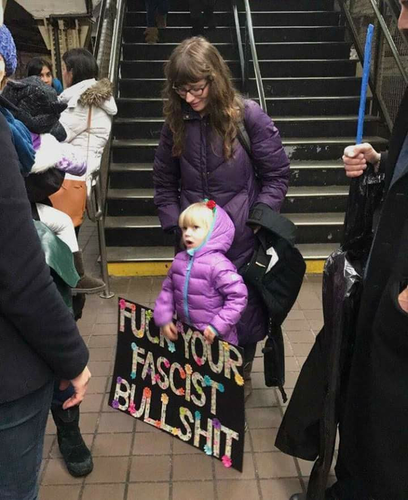 PPPS (Washington, DC)—We have all seen the costumes, the nasty signs and heard the f-bombs hurled about by angry women at the recent marches in DC and other cities around the country.

But have you noticed the children in the crowds? What kind of parent exposes a child to such evil? 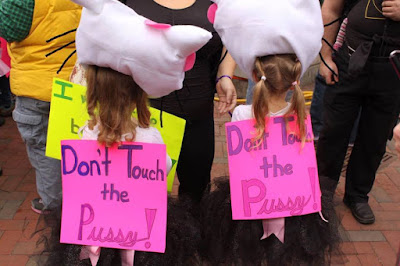 We are in an age when social services can take your children away from you for allowing them to walk home alone from school or play outside unattended at the neighborhood park - activities most of us grew up doing. 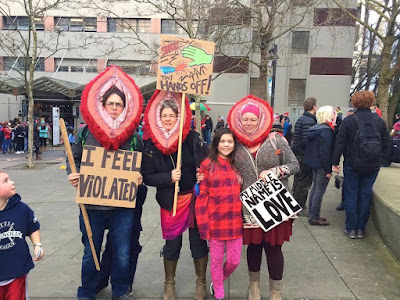 But exposing a child to the vulgarity of a Madonna, or the parade of vaginas in the street, or the f-bombs hurled through the air or printed on signs, or even using your kids to promote those messages - why is that not considered child abuse?


Perhaps we already know the reason why... 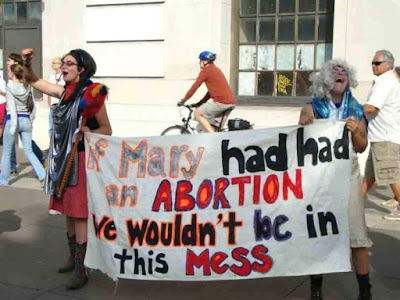 H/T to my friend Derrick for originally posting these photos.

Quote of the Day about #FakeNews 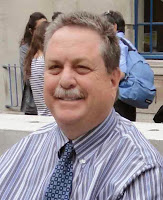 A deliciously delightful and delectable dessert designed to cover up the flavor of the daily dish of deceptive news served up by the Privileged Progressive Press. A practice they now falsely project onto their opponents as a poison to the public palate that must be removed from the menu.

Quote of the Day - the Media is Corrosive

PPPS (Littleton)—Our esteemed (and often much maligned) CEO and Editor-in-Chief, Pundit Pete made a pronouncement so profound that we thought we should share it (plus he asked us to). —the Staff

The privilege enjoyed by the Media, and the corruption in its ranks, has been perhaps the most corrosive force in America over the past few decades, as the Media has promoted and covered for the Progressive Privilege in the other elements of our civil society, to the effect that our society is no longer civil.

PPPS (Washington, DC)—In a surprise, and mostly unreported special evening session on Sunday, both the U.S. House of Representatives and the U.S. Senate passed legislation designating January 21, 2017 as a National Holiday to be called NOBAMA DAY.

The legislation passed in both chambers on a voice vote after a limited time for debate. Apparently, only Republican members were in attendance, as all of the Democrat Representatives and Senators had retired for the night to watch the Golden Globe Awards.

Senator Ted Cruz (R) of Texas, key sponsor and honorary spokesperson for the new holiday, released a brief statement to the handful of reporters:


"On behalf of the long suffering American people, we, their chosen representatives, decided that it would only be appropriate to create a special holiday for America to celebrate and reflect upon the end of the eight-year Reign of Error at 1600 Pennsylvania Avenue." —Senator Ted Cruz