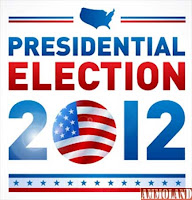 PPPS (Littleton)—Heading into the final weeks of the 2012 election season, President Obama is now up by 14 percentage points, on average, in seven key battleground states, according to a joint Pundit Pete Press Service/Acorn Polling Services poll released this morning.

The new poll, which shows a significant jump in support for the President, especially in battleground states, appears to reflect the President's recent outstanding foreign policy initiative to ban videos insulting to Muslims, combined with the effects of a previously unsampled, but key voter demographic, Deceased Voters.


Our research indicates that deceased voters, found in all states, can constitute a significant voting block in certain urban and rural congressional districts around the country - often the very key districts which determine the outcome of local and statewide races, and ultimately, the makeup of the all-important Electoral College map used to determine a presidential winner.

Previously, deceased voters have been almost completely ignored in traditional polling, largely because they vote almost exclusively by absentee ballot, and therefore, are missed in traditional exit polling. In the past, the existence of these voters has only been verified in the occasional post-election, Final Exit Poll.  The potential significance of this voter group was recently brought to the attention of pollsters through research performed by Project Veritas, but until the current PPPS/Acorn poll, no organization had attempted to quantify this voting demographic.

Thanks to proprietary sampling methods developed jointly by PPPS and polling partner Acorn Polling Services, we have identified, counted and sampled this significant, and potentially influential, voting block of deceased voters.

In a composite of polling results from seven key battleground states, the deceased versus non-deceased voter totals broke out as follows, based upon a survey of voter preferences if the vote were held today.
After combining the traditional and deceased voter components, and adjusting for the unusually high turnout rate for deceased voters (based upon a retroactive fit to the 2008 basis), you can see how this previously unsampled voter group significantly impacts the current presidential election.

Based upon these polling results for the key battleground states that will determine the 2012 Presidential Election, the Pundit Pete Press Service is now ready to call the election for President Obama. Well done Mr. President!


As Pollster Pete, Director of the PPPS Polling Division, indicated, "Our proprietary methods for sampling deceased voters gives us an advantage over other polling outfits in identifying some of the underground trends in this presidential election. Where other pollsters are indicating a statistical dead heat in key battleground states, PPPS is now predicting a massive Obama landslide, thanks to the deceased vote, which our modeling indicates leans heavily Democratic."

Note: The illustration of St. Pete conducting Final Exit Poll was from the Friday Professional Group Blog and this post: FRIDAY Funnies – Classic Recruiting Joke   Check out their blog.


In an exclusive story coming out of the PPPS Chicago Bureau, our sources indicate that the Governor of Illinois, Pat Quinn, is planning to hastily convene a special session of the Illinois Legislature to pass a new Voter ID law just in time for the November election.

Our initial review of the draft legislation indicates that, unlike laws passed in other states such as Indiana, the Illinois version will include a specific clause identifying a government-issued Death Certificate as an acceptable form of identification for voter registration and absentee voting. 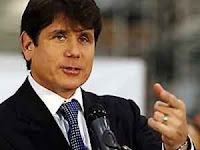 From unnamed sources at a Federal detention facility in Colorado, PPPS has also learned that former Illinois Governor Rod Blagojevich, currently residing near Littleton, has been lobbying for the use of a Federal Incarceration Certificate as an acceptable form of ID for registration and absentee voting under the proposed new Illinois law.

As Governor Blagojevich said in an exclusive interview with PPPS reporter, Progressive Pete, "I've made a lot of new friends here in Colorado, and I feel it's my duty to do what I can to stand up for their voting rights, long denied under our penal system." Then with his famous, engaging smile, Blogojevich added, "Hey, I'm just here to look out for the little guy."